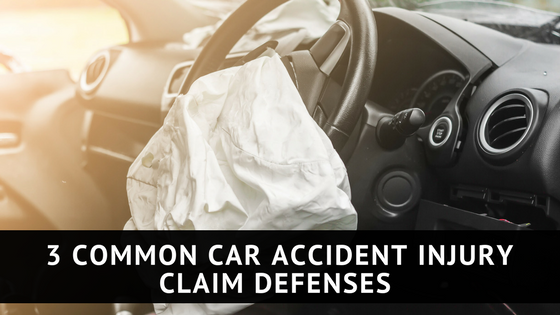 Learn about 3 common defenses used by insurance companies to devalue or kill car accident injury claims and how we defeat them.

Insurance companies and the lawyers who work for them have one goal – to pay as little as possible on a claim. That’s it. It’s not about “fairness” or paying you reasonable value on your legitimate injury claim. Instead, it’s about employing tactics to deny, delay and defend against paying you the reasonable compensation you deserve for your personal injuries caused by their insured’s irresponsible behavior.