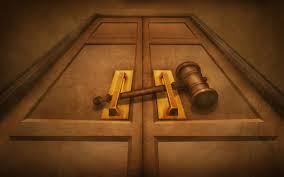 The right to have disputes decided by a panel of fellow citizens is cited in the Declaration of Independence and explicitly confirmed in the constitutions of Texas and the United States.

But new statistics show that the right to “trial by jury” is quietly and steadily disappearing thanks to a mixture of tort reform laws and Texas appellate court decisions that have made it more difficult for parties in a lawsuit to have their disputes decided by juries. In addition, lawyers and judges say the expenses of litigation, including discovery and increased attorneys’ fees, have made getting a lawsuit to a jury cost prohibitive.

The result is that the system has made it so procedurally and financially onerous that individuals and even many companies can no longer have their peers judge their disputes.

The number of civil disputes in the state’s district courts that were resolved by juries plummeted 20 percent in 2011, even as the number of lawsuits filed continued to hit record highs.

It’s not a new phenomenon. The 1,195 jury trials conducted in 2011 are one-third the number held in 1996, according to the Texas Administrative Office of Courts. During the same period, the number of lawsuits filed rose 25 percent.

In 1996, juries decided one out of every 48 lawsuits filed. Last year, only one in 183 new civil complaints resulted in jury verdicts.

“We are seeing our rights to trial by jury disappear before our eyes,” said Houston trial lawyer David Beck.

“This attack on our civil jury system has been going on for more than a decade,” said Beck, who represents businesses in large and complex disputes. “The right to trial by jury is part of our democracy.”

The trend is true in every metropolitan area across the state.

“It is very disheartening to see the demise of the civil jury system, but it is happening right in front of us,” said Mark Werbner, a litigator with Sayles Werbner in Dallas.

The statewide statistics do not include cases filed or tried in the state’s county courts at law because court officials have not collected or reported those numbers in a manner that allows accurate comparisons. But judges and court officials say those courts have witnessed a decline in jury trials similar to the district courts.

“Contrary to popular belief, the drop in jury trials is not a positive development,” said Steven McConnico, an Austin trial lawyer who represents plaintiffs and defendants in major lawsuits.

“Fewer jury trials does not mean fewer lawsuits or fewer disputes,” said McConnico, who is a partner at Scott, Douglass & McConnico.

Legal experts say the state courts were hit with the trifecta:

The Texas Legislature passed significant tort reform measures, making it more difficult for plaintiffs to prevail in certain kinds of lawsuits and less likely to claim large damage awards if they do win.

At the same time, the Texas Supreme Court became more pro-defense, or at least less pro-plaintiff, according to legal observers.

The result, according to statistics, was a dramatic increase in the number of cases decided by judges on motions to dismiss or motions for summary judgment.

“There are a significant number of judges who simply do not trust juries,” said Mike Lynn, a partner at Lynn Tillotson Pinker Cox in Dallas. “These judges have the opinion that regular people, also known as jurors, do not have the ability to understand the evidence or will be too emotional to decide cases.

“Too many judges think that if a case ends up in trial before a jury, that they have failed as a judge,” Lynn said. “And that is very sad.”

Texas District Judge Ken Molberg said that judges in Dallas are concerned that the state’s own policies involving alternative dispute resolution and tort reform are blocking access to the courthouse for real people.

“Binding mandatory arbitration has been driving cases out of our court system and toward rent-a-judges,” Judge Molberg said. “And tort reform has discouraged or impeded people’s right to jury trials. Some people may think that is a good thing, but it means that real people are not getting their claims heard — at least not by a jury of their peers.”

Adding to this attitude, lawyers say, is nothing short of a directive from the Texas appellate courts to trial judges to decide more cases before trial, be it on motions to dismiss, motions for summary judgment or pressuring the parties to settle.

“For the past 10 years or so, the appellate courts in Texas have made it clear that they do not respect jury verdicts,” Werbner said.

“All the lawyers know that jury verdicts will be met with great suspicion by the Texas Supreme Court and the courts of appeals,” Werbner said. “What is the result? People settle more quickly for results that are less than fully just.”

Texas Supreme Court Justice Nathan Hecht says the decline in the number of jury trials is much more complex than simply blaming decisions by the court.

Hecht says the real problem is that the cost of trying a case before a jury is so expensive, due to endless discovery requests and demands to take useless depositions. Control the costs, he says, and jury trials will return.

To that end, Hecht has advocated passage of the new expedited jury trial rules for cases involving $100,000 in dispute or less.

Even critics of Hecht agree that the cost of litigation has gotten out of control. But those lawyers point out that this is also true for nonjury trials and arbitrations, which continue to increase.

“The large law firm litigation shops have overpriced themselves so that clients cannot afford to go to trial,” Lynn said.

But lawyers and judges say there may be one additional party to blame for the decline in jury trials: lawyers.

“I think one problem is that many lawyers at many law firms no longer know how to try cases to a jury or are afraid of juries,” Beck said. “We have litigation partners at major law firms today who have never tried a case to a jury verdict. That is sad.”