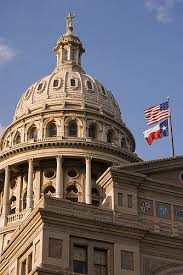 AUSTIN — Texas home insurers, led by the three largest companies, racked up a third straight year of healthy profits in 2014, thanks to higher rates and low levels of stormy weather across the state.

But the industry is still seeking legislation that would curb the ability of homeowners to sue insurers for unpaid claims or unfair practices. Industry representatives contend the changes are needed to protect companies from a rising tide of lawsuits filed by homeowners, particularly for hail-damaged roofs.

Such lawsuits didn’t hurt insurers’ bottom line last year, premium and loss numbers filed with the Texas Department of Insurance show. Overall in 2014, insurers paid out an average 46.4 percent of their premiums to cover property losses. That figure, known as the “loss ratio,” was slightly higher than in the previous year, but still reflected a good profit margin for most insurers.

A loss ratio of 60 percent or lower is considered a good target for profitability, and almost all large companies hit that benchmark in 2014.

“Here we are with insurance companies posting extremely healthy profits for three straight years and four of the last five years,” said Alex Winslow of Texas Watch, a consumer group active in insurance issues. “Insurance companies already hold all of the cards, and now they want to stack the deck against policyholders with valid claims.”

Mark Hanna of the Insurance Council of Texas, an industry group, said the number of lawsuits against insurers in recent years is “off the charts” and has companies worried that more could be on the way.

In McAllen, he said, an estimated $250 million in actual damage to roofs caused by hail and wind swelled to almost $600 million recently because of lawsuits filed by homeowners.

Regarding the recent financial fortunes of insurers, Hanna noted that Texas last year had no hurricanes and “the lowest number of tornadoes ever recorded” — which also meant fewer damaging hailstorms.

“It is an up-and-down business. We have good years and bad years,” he said, citing two bad years — 2008, when Hurricanes Ike and Dolly slammed the Texas coast, and 2011, when two destructive wind and hail storms hit the Dallas-Fort Worth area just six weeks apart. Both years saw massive property losses.

State Farm, the largest property insurer in Texas, showed a loss ratio of 36.7 percent last year. It was one of the company’s more profitable years of recent times. Allstate recorded a 45.4 percent loss ratio and Farmers was at 51.8 percent. Together, the three companies write most of the policies in Texas.

This year, the big three have kept rates fairly stable. State Farm hiked its premiums just half a percent, while Farmers actually cut its rates 5 percent. Allstate had a 4.3 percent increase.

Major insurers, meanwhile, are now pushing the bill by Sen. Larry Taylor, R-Friendswood, to limit lawsuits against property insurers. The measure has been approved by the Senate Business and Commerce Committee and is awaiting a vote in the full Senate.

Taylor, who owns Taylor Truman Insurance Agency, said some parts of Texas are now seeing a third of insurance claims wind up in litigation — a trend that will bring higher rates and a tighter insurance market if something is not done.

“Texas will always have some of the highest property insurance rates in the country because of our geographic location. But we cannot afford to add another 35-40 percent for litigation on top of every property claim,” he said. “If losses continue to go up, we will all pay more for insurance.”

A survey by the National Association of Insurance Commissioners this year indicated that Texas has the third-highest homeowner insurance rates in the nation. Only Florida and Louisiana were higher.

Winslow said Taylor’s bill would destroy “the last line of defense that families and businesses have against insurance companies that are caught cheating” on claims.

“It’s going to put pressure on policyholders to take low-ball settlement offers and place onerous and expensive burdens on homeowners trying to get their claims paid,” he said. “You won’t be able to sue for wrongfully denied benefits. In most cases, you lose you ability to get anything.”

The stakes are high, given the amount of money that Texans annually spend on property insurance.

Last year, according to the Insurance Department, Texas companies collected nearly $7.5 billion in homeowner premiums from their policyholders, while paying out about $3.5 billion for insured losses. In 2013, insurers collected $6.8 billion and paid out $3 billion for losses.

The 46.4 percent loss ratio reported by the Insurance Department does not reflect agent commissions, administrative costs and other expenses. Statewide, the so-called combined ratio of losses plus expenses was 83.8 percent.

Consumer groups note that percentage does not factor in earnings on company investments.