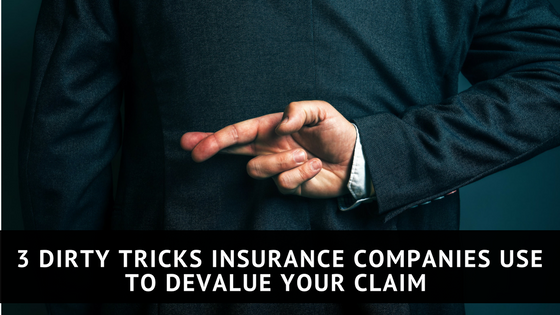 If you’ve been injured, insurance companies are NOT interested in treating you fairly. Here are some tricks they may try to use to devalue or kill your injury claim.

While some insurance adjusters are nice people, it’s important to be mindful that they work for a company that will penalize them if they pay a claim’s true value and will reward them when they pay less than fair value. And these are the nice adjusters. Unfortunately there are other adjusters who will take advantage of you at every opportunity just so they can look good to their bosses and make more money for themselves.

Here’s 5 tricks the insurance companies may try to use against you and some helpful tips on ways you can protect yourself:

Don’t let the insurance companies use dirty tricks to take advantage of you. If you ever have any questions or concerns, please feel free to contact us at The Franklin Law Firm or call us at (214) 948-6464 for a free consultation.

Jason Franklin is a Board Certified Personal Injury Lawyer in Dallas, TX. He is past president of the Dallas Trial Lawyers Association and is frequently invited to speak to lawyer groups about Texas personal injury law.