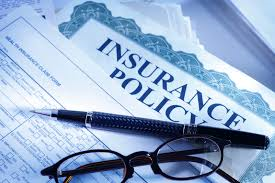 The Watchdog wants you to know that the insurance industry is trying to slide something slick through the Texas Legislature toward Gov. Greg Abbott’s signing pen that’s designed to pay you smaller insurance claims.

By making it much harder for people with all kinds of insurance policies to use their rights to win deserved financial settlements in court.

That’s not how the bill’s author explains it. Sen. Larry Taylor, R-Friendswood, who owns Truman Taylor Insurance Agency, claims this is pro-consumer.

Taylor said last week in a hearing for his Senate Bill 1628 that he wants to stop the march of lawyers and public adjusters who contact potential customers and offer to help file lawsuits against insurance companies.

The result of this solicitation for business, the senator claims, is that 1 of every 3 catastrophic claims in Texas ends up in court. He warns that if his bill doesn’t pass, insurance companies will cut back their coverage offerings.

“We need to take care of the consumers on this,” Taylor said.

Texas Watch, a nonpartisan insurance watchdog, warns that Taylor’s bill is priority one in 2015 for the industry because, if passed, it would “succeed in stripping policyholders of their ability to force fair, timely payments,” says the group’s executive director, Alex Winslow.

If a company fails to pay in a timely way, it faces penalties under laws that have been around for decades.

A thin line separates consumers’ rights from annihilation, and this is the thin line. In this case the line was marked at the hearing by two state senators, both lawyers, who understood the layers beneath the anti-litigation spin given by the bill’s author.

“Obviously, I did not draft this,” Taylor said at one point about his bill.

Later, The Watchdog asked Taylor’s office who did write the bill. No answer. Taylor also declined an interview request. His office issued a statement that said, in part:

“SB 1628 is a consumer protection bill. Without this bill, many Texans, particularly low-income homeowners, could lose access to homeowners insurance, and insurance premiums for every Texas homeowner could increase. … Lawsuit abuse is the only explanation for the recent surge in lawsuits following hailstorms.”

On the webcast for the March 31 hearing of the Senate Business & Commerce Committee, the camera offers a brief glimpse of the rear of the committee room, away from the microphones. I count 15 people in dark suits — the “blue suits,” I call them. Most were probably insurance lobbyists. Maybe one or more are the actual authors lusting after their dream bill.

Dallas lawyer Steven Badger was the first to testify, in favor. “Today, hail is all I do,” he explained, meaning he defends insurance companies in lawsuits.

Badger laid out his view in a letter to me a year ago: “Over the last couple years a cottage industry has arisen in Texas comprised of roofers, appraisers, public adjusters, unlicensed public adjusters and various other characters who consider the insurance industry a slot machine that keeps on paying. The situation is totally out of control. Abuse and outright fraud is rampant.”

Sen. John Whitmire, D-Houston, took a counterview at the hearing: “There’s a reason people desperately turn to legal representation. Without that, they wouldn’t have gotten a good settlement.”

“This is going to affect rates every Texan pays,” Taylor warned. “We may lose protection on roofs.”

Ellis said the first page of Taylor’s 20-page bill disturbed him so much, “I’m afraid to dig much deeper.”

Taylor soothed him: “This is a work in progress.”

That’s what should scare us.

Note: News on a couple of The Watchdog’s pro-consumer bills: Senate Bills 188 and 189 from Watson passed the Senate this week on 28-3 votes. They would make it illegal for home and auto insurance companies to raise rates on customers who ask questions about their policies but never file a claim.

On to the Texas House to achieve fairness for all Texas home and auto insurance policyholders.